The next feature update for Windows 10, Windows 10 version 2009 or Windows 10 20H2, will be a smaller update once again. The benefit of this approach is that it takes less time to update to the new version and that there is not as high a chance of it introducing lots of new issues because of its lighter nature.

What many Windows 10 users don’t know is that Microsoft has integrated the features of the next feature update, at least some of them, in Windows 10 version 2004 already.

Right now, it is necessary to install this week’s preview updates as these introduced the features in the operating system. Since it is not advised to install preview updates, administrators may want to wait to this’s month’s Patch Tuesday to gain access to the features. Microsoft will release security updates on August 11, 2020.

You can either make these manually, create a Registry file from scratch, or download the following Registry file to your system to run it right away after extracting the file.

Restart the device after you have made the change and you will notice that the new Start Menu is already visible after the restart. The new Start Menu changes the backgrounds of tiles to the theme to reduce colors significantly. 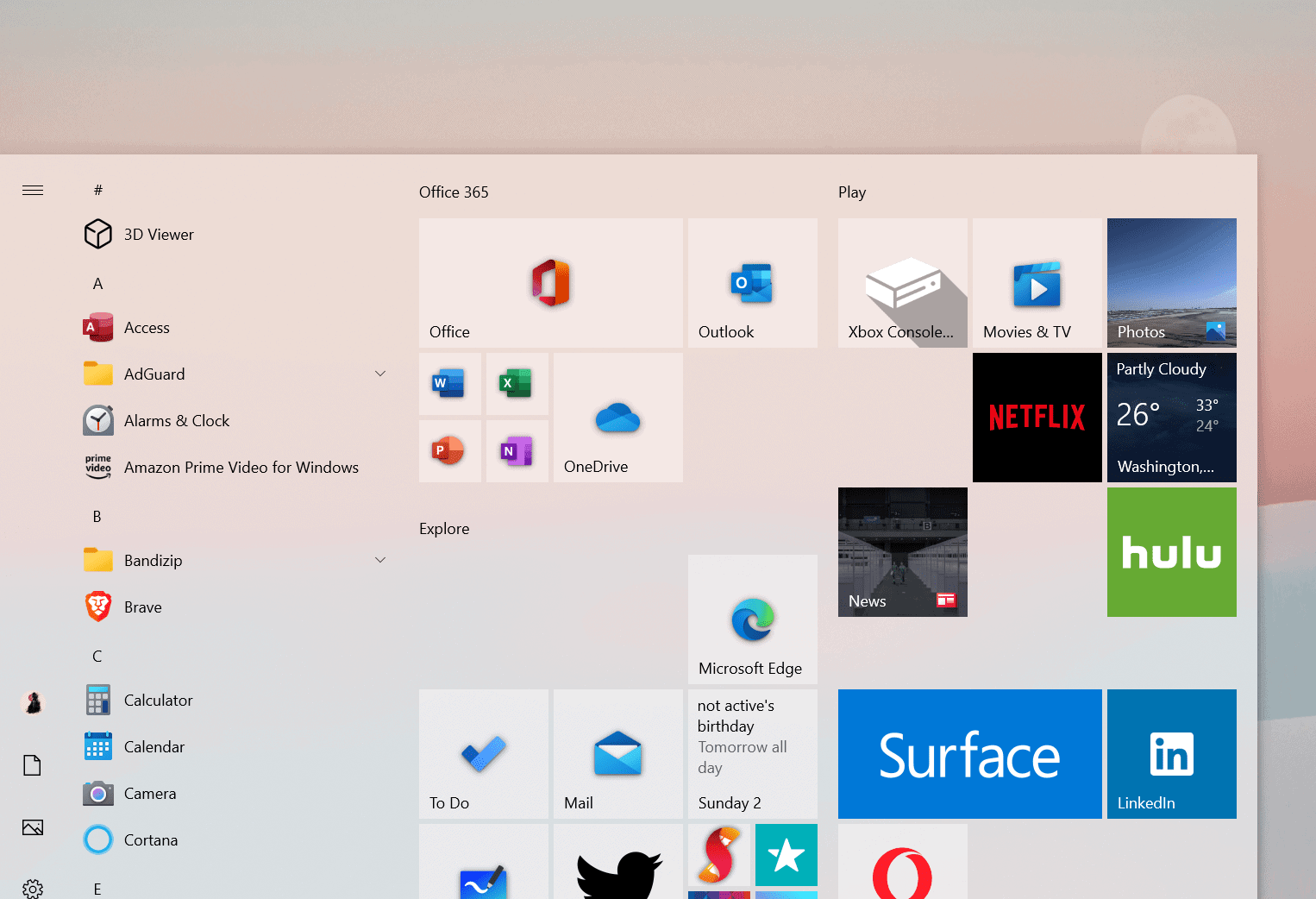 Another new feature that becomes available after making the change in the Registry is that Edge’s tabs are now displayed in the Alt-Tab dialog. Alt-Tab displays open program windows by default, and Microsoft modified the functionality in the next feature update to include tabs from the new Microsoft Edge web browser as well when the shortcut is used.

The Settings app includes options to change the Alt-Tab behavior, e.g. to restore the classic functionality and hide Edge tabs. Go to Settings > System > Multitasking, and change the “Pressing Alt + Tab shows” setting from “Open windows and all tabs in Edge” to “open windows only”. You may also select to open the five or three most recent tabs in Edge additionally. 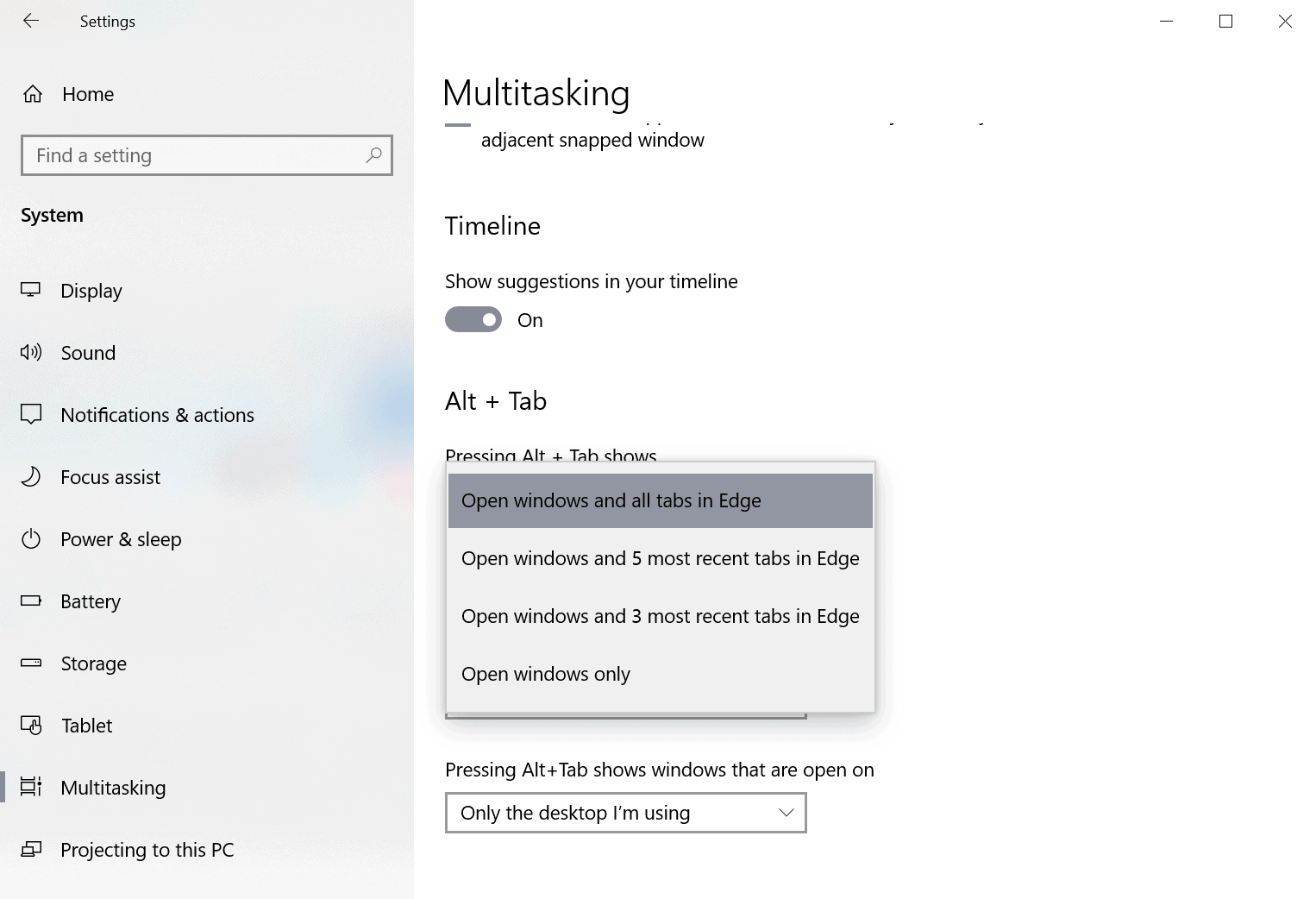 Administrators can undo the change at any time by deleting the Registry keys and restarting the system.

Now You: What is your take on Microsoft’s “one big and one small update per year” strategy? (via Deskmodder)

How to run Android apps on your Windows PC

How to enable to new Windows 10 Start Menu right now